Finally sunshine has arrived. People are in much better moods because of that. People seem friendlier, more approachable. They are smiling at the post office and bank as they take their time, no longer having to rush in and out of the cold. Everyone is ready to put away their winter necessities: boots, mittens, hats and warm jackets. Yes, mornings have still been cold and a jacket is warranted, but by lunch time the zippers are down. The transformation seen in people is also happening along the roadways. Those large snowbanks have disintegrated due to sun and wind and are now hard chucks covered with dirt and blackened car fumes. Little rivulets of water are carving out sections of the landscape. Bare patches of ground show up first under the trees. Trash that had been covered with snow all winter is being revealed. Fall yard chores that were not finished are begging to be cleaned up now. Soon buds on trees will begin and the song birds will return. Also returning will be those lucky residents who live south and west during the winter months. Those of us who survive the winters, develop stronger roots to the area. At least until we weaken and age and are then ready to live in a milder climate. 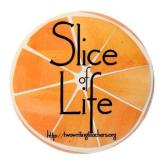 1 thought on “A Touch of Spring”